Our Biomedical Use Case: Results and Application 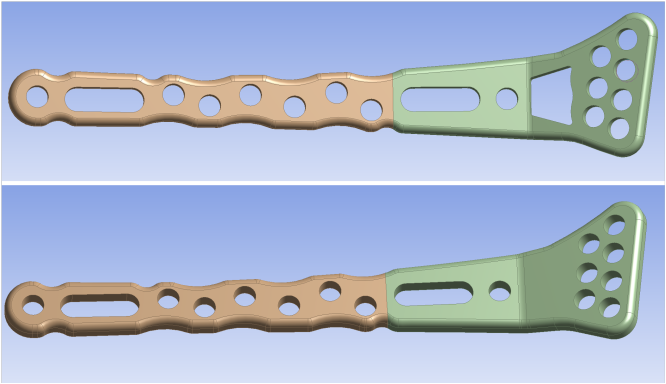 Meotec carried out an FEM simulation analysis for replacing a commercial titanium alloy with an Mg-REE alloy as a Dynamic Compression Plate (DCP) in the case of a distal fracture 23 A2.1 occurring along the radius bone of the human wrist. Fig. 1 depicts an X-ray image of the specified use case, while Fig. 2 illustrates the assembly of the use case for the FEM simulation. 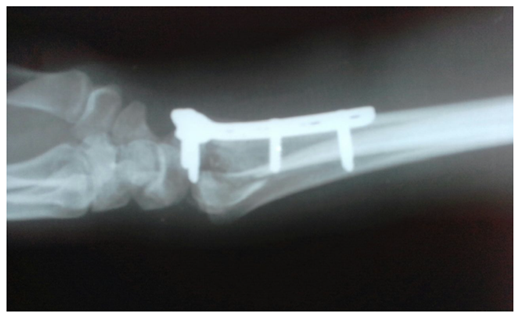 Fig. 1. X-ray image of a DCP screwed to a human wrist. 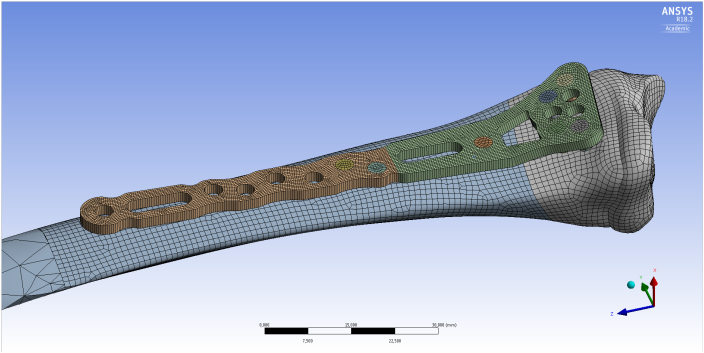 Fig. 2. Assembly of the DCP and human wrist for simulation.

Magnesium, as a material, has the advantage of being biodegradable in the human body and is therefore desired for use as biodegradable implants. Biodegradable implants are designed to aid in bone healing through absorption resulting in natural degradation of the implant with the human body as the bone heals. Titanium, on the other hand, is optimal for cases in which permanent implants (e.g., hip replacement, knee replacement) are required. The downside of using Ti for non-permanent implants (e.g. dynamic compression plates) is that once healing of the bone is complete, a decision must be made whether to remove the implant via a second surgery or leave the implant inside the patient’s body. The former results in increased medical costs while the latter can result in an increased risk of infection for the patient as well as discomfort. Thus, use of Mg as biodegradable implants can eliminate this dilemma.

In all, three load cases were used to evaluate the feasibility of replacing a Ti DCP with a Mg-REE alloy. These cases were: 1) a healing case occurring directly after the surgical operation in which the DCP is screwed to the bone to aid the healing of the fractured bone; 2) a bending case in which the DCP is loaded under pure bending such as in the case of lifting a heavy object; and 3) a torsion case, in which the wrist and DCP are rotated such as in the case of opening a window or door.

Simulation of the healing case found that the geometry of the original Ti DCP (Fig. 2) could also be applied for the Mg-REE alloy without any further modifications, since the overall load on the DCP was minimal. In the case of bending and torsion however, an increase in plate thickness and removal of the cavity were necessary to resists the loads during such cases. Despite such modifications, the weight of the Mg-REE DCP was significantly lower than that of the Ti DCP. Fig. 3 and 4 compares the equivalent stress between the Ti and Mg-REE DCP for the bending case and torsion case, respectively. In both cases, the equivalent stress was lower than the material yield stress for both Ti and Mg-REE. The final geometries of the Ti DCP and Mg-REE DCP are shown in Fig. 5.

Fig. 3. Equivalent stress for the bending case of the DCP.

Fig. 4. Equivalent stress for the torsion case of the DCP.

Through the analysis of FE calculations, an Mg-REE alloy DCP with a modified geometry was developed. The modified geometry retained the same stiffness as that of the original geometry with reduced overall stress distribution to the point in which the yield stress of the Mg-REE alloy was not obtained for all investigated load cases. As a result, the results demonstrate the potential for using a Mg-REE alloy as a biodegradable Dynamic Compression Plate.