Our automotive Use Case: Results and Application 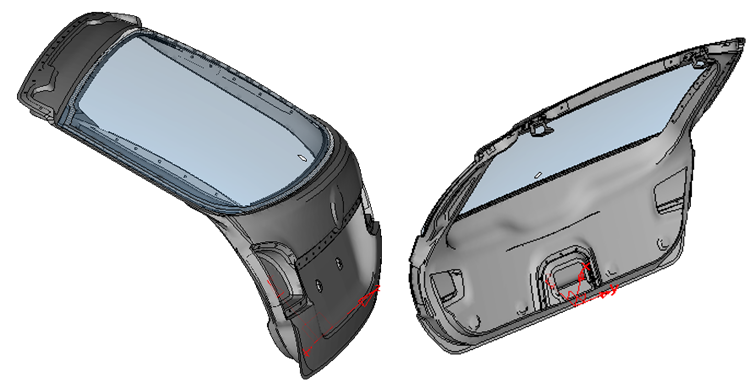 The use case activity in the Automotive field analysed the opportunity to redesign a tailgate of a production car, conceived in steel, into LPDC Magnesium.

This analysis was performed by Pininfarina with the support of the Remaghic Consortium.

The considered performance of the selected use case was the torsional stiffness. The goal was to redesign the component maintaining at least the torsional stiffness value of the steel tailgate, minimizing the number of parts respect  to the original solution and minimizing the weight, a key factor in the current research of weight reduction of the automotive field, concurring in reducing the CO2 emission. In particular, the parts circled in red in the picture here below was reconceived as integrated in the inner frame of the tailgate. 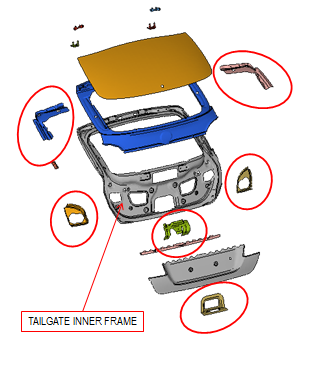 The challenge of this activity was to pass from a traditional stamping technology of steel into a LPDC technology of a Magnesium, with similar performance and reduced weight.

In particular, a detailed feasibility analysis was done at level of inner frame and rear lamp housing to evaluate the integration and to identify the main issues; at level of the other reinforcements to be integrated, a series of typical sections has been sketched.

Several loops of CAE analyses were executed, comparing at the beginning literature Mg alloys, then the developed Magnesium, with the steel solution.

The most appropriate average thickness of the new part was defined in 2.0 mm.

In correspondence of the reinforcement the thickness was supposed to be gradually increased; the insertion of a series of ribs to improve the local stiffness was sketched, considering that the purpose of these analysis has not been to re-engineering the tailgate, which was out-of-scope, but to allow consistent modification of the original part working into CAE environment. 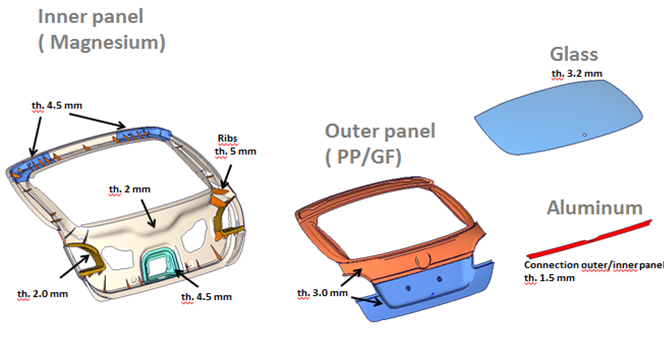